Our Trip To Edaville Family Theme Park Was One To Remember

Recently we took a family trip to Edaville Family Theme Park in Carver, MA. We went mainly for their Thomas Land attraction. Roman LOVES Thomas and, well anything train related!

The park itself was beautiful! Everything was clean, it was spaced out so there really were no crowds, and the best part: everyone working was SUPER friendly. Always starting conversations, saying hello and making sure we were having a good time.

When we first got to the park Roman only wanted to ride Thomas. We probably could have sat on that train all day long and he would’ve been a happy camper! But the first train ride was at 11:00 and we had some time to spare until then. So, we forced him to go on a few rides in Thomas Land. (I know we’re SO mean! 😉 hehe).

Thomas Land was so cute. It’s completely themed to Thomas The Tank Engine. Each ride was a character from the show, and the famous landmarks were shops, such as Tidmouth Shed and Knapford Station.

When it was finally time to take a ride on Thomas, Roman waited very impatiently. Once we got on the train he kept asking, “when are we going, when are we going?!” He sat right next to the opened window and gazed out happily for the ride. The train takes you around the whole park through parts of Carver, MA and lasts about 20 minutes. The scenery was beautiful! There were so many cranberry bogs and open fields.

After our train ride we got Roman to go on a few more rides. Mallory was indifferent about most of them. No smiles or tears. Roman learned to face his fears and go on the rides that seemed a little scary!

We were able to leave the park to go have some lunch, (which was a great option for my picky eaters) and then return to the park later in the afternoon! So we headed back to our campsite, about 7 minutes away from the park, took a rest and ate, then went back for Dino Land! Seriously…..trains and dinos in one park? It’s every kid’s dream!

Dino Land was a fun walk down a dirt path where we were able to see a bunch of dinosaurs. Each dinosaur had a button/speaker that told you facts about it. We learned a lot of fun things all while feeling like we were in a jungle!

Overall our trip to Edaville was awesome! We had so much fun and we really can’t wait to go back again. Everyone was so kind and the park was perfect for little people. I really liked that there were indoor spaces for cooling off. And I just loved that we were never overwhelmed by large crowds and we barely waited in line for rides on a Saturday! I highly recommend visiting Edaville Family Theme Park with your family!

If you have any questions about Edaville, please let me know! And please share this with your friends who might be interested in visiting Edaville with their families. 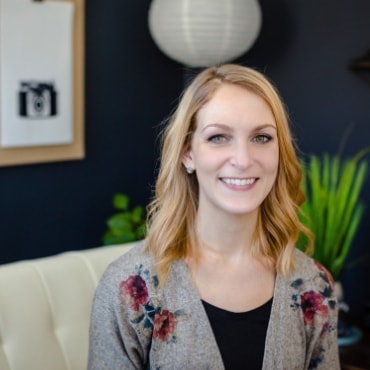 Hi! I'm Alessandra. I'm married to my high school sweet heart, Tom and I'm a stay-at-home-mama to Roman, Mallory, and Kinsey. I love coffee, shopping, singing to my steering wheel, and spicy margaritas. I hope to offer light and positivity, humor and inspiration to your motherhood journey, along with a fun craft here and there!